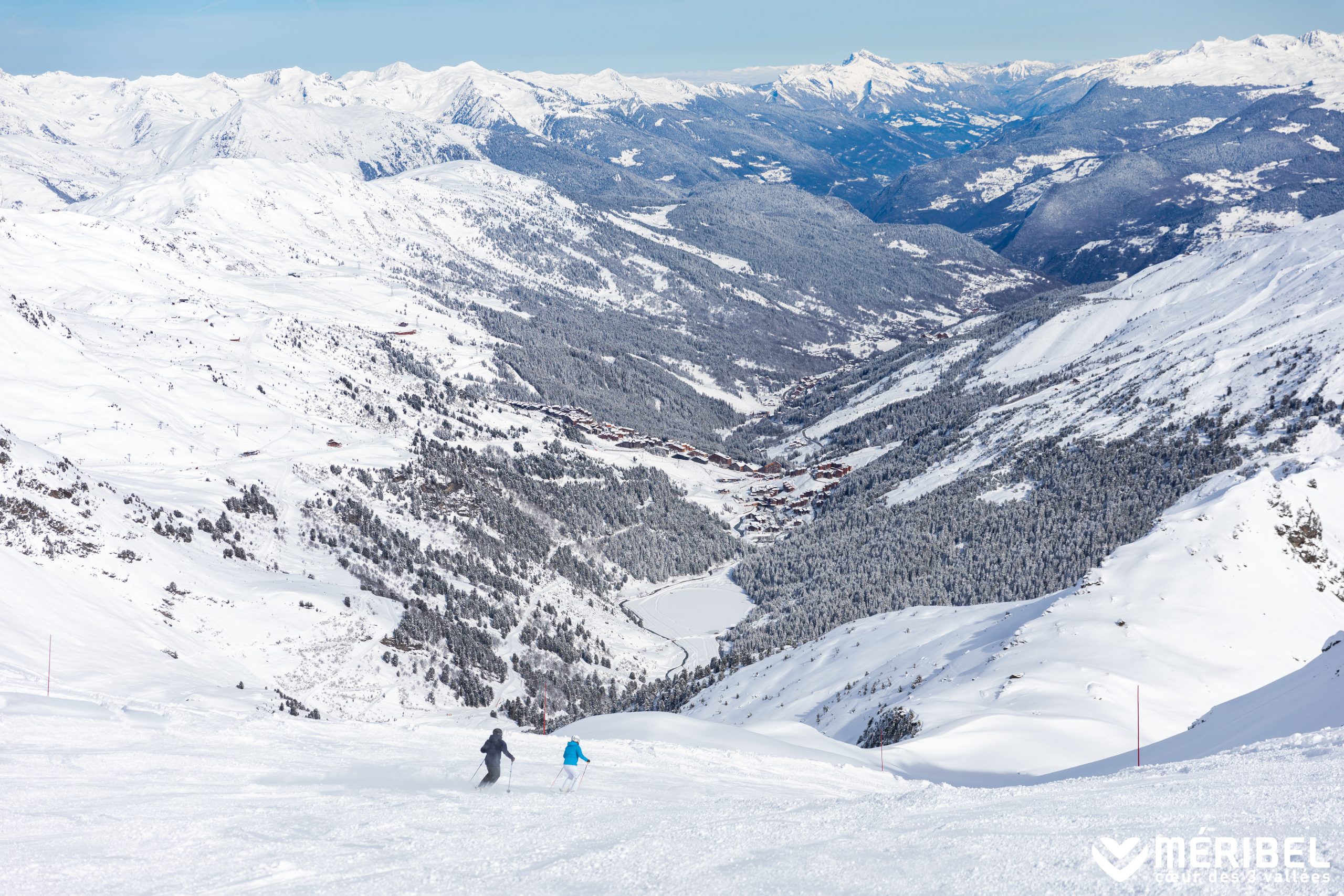 The Méribel Valley offers some 200km of groomed pistes, shown on these Méribel piste maps.

The Altiport is a great area for beginners and young ones looking to build up their ability. Experienced skiers might like to try the red run down from Saulire to Méribel or the dramatic routes either side of Mont Vallon. There are two snow parks for the more adventurous.

The Three Valleys is the largest and one of the most beautiful skiing areas in the world. It is formed by seven resorts, including Courchevel, La Tania, Brides-les-Bains, Méribel, Saint Martin, Les Menuires and Val Thorens. There is also a fourth area developed behind Val Thorens in the Orelle valley.

With over 650km of pisted ski runs and over 200 lifts, there is something for everyone, regardless of ability. Even the most experienced skiers never seem to tire of this vast paradise. With 2200 snow canons in the region, there is almost guaranteed snow from mid-December through to the end of April.